There’s a metaphoric saying that goes: “Don’t bring me my flowers after I’m dead.”

Such is life right now for Meghan Markle who many of us didn’t even know or ever heard tale of until her fairy tale happened when she was suddenly taken by a Prince named Harry-to whom, come May 19, she’s set to marry. 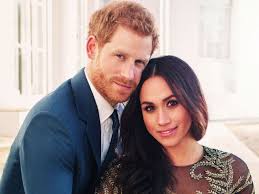 Well for those that didn’t know Meghan Markle or anything about her before now, although who she may have been just as obscure as the Deal or No Deal currency-filled cases she modeled on the popular game show once upon a time; she pretty much hit the royal jackpot and changed the rules of the (royal) game once upon this moment in time. Having not only been a divorcee but moreover; of African American descent-marrying into the British Royal family, Meghan Markle’s playing a different kind of game that is one for the books.

I believe it’s safe to say that she doesn’t really need our flowers now as, the April showers will bring May flowers indeed. She will have plenty of her own as she walks down the isle and into the arms of Princess Diana’s smitten baby boy’s hand.

Try telling Tinsletown to keep those flowers as, news reports and circulating that the C-list actress [quote] “could have been the next ‘Bond Girl,” [end quote].

Surely after this news, Meghan’s most probably like:  Bye Hollywood. No deal.

Fine time to hand the girl her flowers and report that she was the some short list of considerations (unbeknownst to her) to be in the running to possibly be the next Bond Girl.

The lesson in that is this: Like water and sun to soil, hand me the flowers while I’m alive and trying to live. Catch me when I’m cultivating, excavating, and growing. Not when I’m blossomed, and after the fact. Because that right there, is fiction.

Tap in to to our sister site and search Meghan Markle