Like this new wave word: “creative” and “creatives,” I NEVER understood that viral occupation called an “Influencer.”

Because (read the previous article’s title)….If you fancy yourself an “influencer”-just influence your a$$ off and show that you -are an influencer (inarguably, ‘un-debate-ably’).

I cringe at those words because their use is like that of seeing just “CEO” on a application. CEO of what? A “creative” of what? Are you an artist, intellectual, or professional?

It’s okay to (still) use those solid (rather than vague) words (artist, intellectual, professional etc).

Honestly, a “creative” and an “influencer” is too fckery –sounding and vague, opaque and not forthright—like you have something to hide.

It just sounds like you’re trying to be important. And to (true) artists, intellectuals, professionals (and to whom you want to be of concern), use of those words SCREAM an elevator pitch interview

…with (at the end of the day) nothing to show but: “I have 6 million followers on Snapchat, FB, Twitter,  Pinterest, Periscope etc)”—which are all purchasable and mean nothing in the real world of the real deal when talking about real things.

To be honest, “a creative” and “an influencer” SCREAMS: “There’s really nothing solid, per se, but look, I have this many friends, likes followers and retweets and people who say I’m cool online. So with that being the case, let me promote your product.”

You see, unlike “blogger” –a blogger does “blog” (by which and as well-depending on their influence) is an “Influencer,” nonetheless.

But it’s something about social media, digi-circles where someone out there decided that “Influencer” sounded more important (despite how vague and opaque). And (because it’s more “influencers” and “creatives” in the digispace online than the latter (solid, show and prove artists, intellectuals and professionals who typically come with, and are le 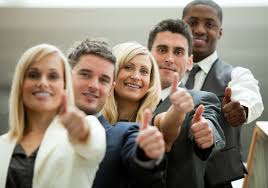 ss interested in social media hype), these “creatives” and “influencers” posse up and feel like they are at an all out war with traditional greatness [in the form of solid, transparent], talent, skill, art, intellectualism and professionals.

This is how and where to use words like such:

You TELL the advertisers who you wish to advertise for, [that] you are an influencer.

You simply influence the people you are advertising to (without telling them you are an “influencer.”)

From an audience, buyer and brand standpoint, let me explain how all that opaque fckery is on its way to playing out and wont work no more:

People (prospective buyers/audiences) are getting soooooooooooooo so smart [and like #ads and literal advertisements are becoming so oblivious to them], most know that when they see the word “Influencer”–that’s someone who just climbed online, hooked up an IG account, got a Twitter, headed to GoDaddy and got a lil’ site, grabbed a coffee mug and posted pics (and chase advertisers-who too are no longer in need of paying for advertising because the “Influencer” lists who do it for free is like the rappers of old plugging designer clothiers names: “Why TF should I pay ANYTHING? There are like, thousands of you online nudging me with free advertising of our products in still life on IG etc…take this retweet and go be great.”

That’s EXACTLY what they (brands and advertisers) think. Advertisers and brands know the game just like prospective buyers do.

So who does that leave “liking,” promoting circulating and giving you all the hype, smoke and mirrors? OTHER “creatives” and INFLUENCERS” just like you. Sitting in digispace, coffee mug still shots for IG and like-minded Twitter bios proclaiming (to be) the same thing as you in some variation or another.

Behind the same and mirrors, audiences of prospective buyers, advertisers can see the same thing. And at the end of the day, all the hype built around you is 99 % of the vague/opaque people called “Influencers” and “Creatives,” leaving buyers and brands on the other side observing and feeling like they’ve dodged your bullshit bullets and saved a buck or two from not paying or buying into your hype which, at the end of the day can’t sell to an audience of people just like you (branding on transparent hype, and an opaque brand).

Because we long online and the same (hype) and things is going on by the droves and in circles, it takes some time to step aside and see it and some brands and buyers ARE still out there, but the word is getting out. Prospective buyers and brands are getting smart. And sooner than later, all that vague hype is gonna be obsolete and unmarketable altogether.

Even moreso than majors brand’s focus (where you are concerned) prospective buyers and audiences don’t give a care about how you are ‘setting up shop’ to look to the world online, they only care about what you have to offer that will serve THEM and their wants needs

There aint no camouflage for the real deal. There are no rituals, ways, or upcoming trends you can indulge in or begin to use that’s going to substitute solid content to smart people who (day by day) are seeing from behind the lens, and pixels of it all.

So how did all that start?

Back in early IG days, former Vogue editor Andre Leon Talley took on a job for (I believe Zappos-don’t quote me on the brand but I don’t have time to look it up right now)…but regardless, whatever the brand was; he was allowing people to @ him with pics of their shoes (or digs) and he was reposting his picks of the pics.

Now that trend is on overkill and (as informal and unprofessional as it is), while I still believe (as an “influencer” “creative” or “brand”) it is useful okay to @ some major brands so that they’ll know you’re out there; falling in line to the hype of the old Jay Z lyric “we don’t believe you, you need more people”

…is slowly not working anymore.

Now it’s “we don’t believe you, we need more people—who are (truly) influenced by what you are (truly) creating other than hype from people…just like you, yo.”

So the answer to why my social world seems still versus “hype” is because I don’t ever and never will solicit “hype.” Because the more you solicit hype, essentially, you’re only soliciting “hype” of those who are in search of hype, too. And they pay you infomercial sounding empty praise that begins to water down your “brand.”

If your hype is producing more than your brand, then essentially you are branding “hype” under the guise of a brand (which too, works-IF you are a worldwide, established famous person). Have you seen Chance The Rapper’s Kit Kat commercial? It had no thought, angle or nothing. Just an established, up and coming (good) rapper nonetheless-but simply eating a Kit Kat with his trademark “3” cap on. WTF?

I still didn’t get it.

BUT. He and others like him can do and secure that.

Opposite that, if your (online) “brand” is vague, opaque and digi-fluffy in content, you probably don’t care (because in your mind-online incorporating hype-you’re as “great” and famous as Chance The Rapper. That’s fine-if that makes you feel successful and fulfilled and if it works for you-have at it.

But if your brand is solid and what you do is not so vague, chances are the RIGHT people are watching and audiencing you for the RIGHT reasons that ultimately will benefit you for the greater now or later.

Regardless, you have to keep in mind, THIS one fact about THIS digital experience-and this should help you see the light-regardless the level you reach or not:

People are either online on Facebooking, Twittering, Pinteresting, Instagramming, Snapchatting, or Periscoping for themselves-to pass time.

Others are Facebooking, Twittering, Pinteresing, Instagramming, Snapchatting, or Periscoping with something to offer to help those people pass their time.

If you simply enjoy what you do, you should just be happy that you have another way of passing time-that fulfills you.

The promise of fame and fortune, is only as optional as the options you provide that are of benefit to the beholder or the brand. Period. Dot.

Contrary to popular belief, all CEO’s of Facebook, Twitter, Pinterest, Instagram, Snapchat, or Periscope didn’t start digibrands with the promise that use of it yields fame and fortune. Fame is all matters of what you play into. And some people’s worth and true value is transparently “rich” and simply do famous things “famously” but are not as interested in playing into the fame game as they simply love what they do. And should the opportunity arise, won’t exactly run away from getting paid to live off and from what they do (comfortably-no vagueness and scams involved).

After all what we are doing here is another world from the virtual world that we are going to visit daily, 24/7/365 from now until the end of time.

Play with purpose (or pass time).