(Before you read this, if you haven’t already, to understand the book, please read/listen to this)

It seems like almost everyone I know can remember things that happened in their lives from their baby beds! (So they say). But not me, I do not remember anything under age five-the fact that they can-amazes me.

For me, my life really did start at age five. My mind has a very clear picture of the first things that were going on in my little five year-old life. I absorbed every word, every person, every detail-every scent, vividly.

Each one of my friends was so very different to me and I interacted with them in various ways, I was such a chameleon. Quite perceptive and a tad bit manipulative; I seemed to almost innately know what to do and what to say around whom, as well as what was appropriate and what was not-around whom. That seemed to make all of my friend’s parents like me, which afforded me the privilege of sitting around and watching them converse and interact. I would listen to their conversations to the point where eventually I would be talking with them as if they were my equal (merely mimicking how to interest and engage).

In second grade, my language arts teacher loved me to pieces because I was so interested in reading. I loved to read and really looked up to her.

She brought something out in me that (to this very day) I still thank her for. I wanted to know about everything I was capable of learning, so by the time I reached third and fourth grade, I started to read everything I could about the “person” and anything else that had to do with “me” and my whole eight/nine year-old existence at that time-that I could comprehend.

At the library, the only thing I could go to a bookshelf to pick up that could start me on my way to learning about “me” (as an individual) was a book that categorized my birth date: an astrology book. I learned that I was in a category of people called “Cancer” and from there on, I was reading every chance that I could, about this thing called “astrology.” This “thing” I was studying was just one of the many things I never told my mother about-things I thought were “silent power” (secrets). I was curious about mysticism, and all things that were not topics of those conversations that I would observe during those privileged sit-ins. I was curious about why so many people acted and reacted in different ways and why was it that some people could make certain people do things (whether bad or good). I loved secrets, and was deeply interested in silent unspoken things-the kinds of things that I knew held “power” but no one talked about. All I knew was what I could ascertain: if no one talked about something that I knew existed, either by way of my experiencing or reading about it-it must mean something “powerful.” 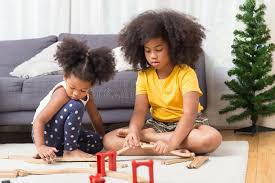 By age ten, I had been so adept in understanding the people around me; what made them tick-what made them do the things they would do, how and what made them act and react. I could almost get anyone to do and see things my way-as I (literally) saw it. That was important to me: my literal point of view from my minds eye.

My first guinea pig was my “play” cousin (cousin by marriage). She came over to spend the weekend with me, and I had told her about this game I wanted her to play with me-a “silent power” game of mine that I referred to as “The Eyeball Spirit.” I told her that the only way it could work was if she told no one. It would have to between the two of us only. I told her that it was through the “Eyeball Spirit” that she and I would have a kind of connection [almost like you thought you did as a kid when you would prick one another’s finger with a needle, then press your bloody fingers together] and from there-on; you’d officially become “blood sisters” and “blood brothers.”

Poor thing. I lay her down and we counted from 1 to 10 while I ran my hands over her eyelids so as to shut them-as if I was hypnotizing her. (She even participated like it was really working, so of course I thought my “silent power” was working big-time!).

When the counting slowed down, as if this was a séance, I completely shut her eyelids and said something really slow and stupid like: “You have now been possessed with the Eyeball Spirit…” She acted as if she was almost asleep as she slurred her speech and repeated after every word I told her to. I then climbed further above her, looked closely into her face, and meticulously poked both of her eyelids with a safety pin. She opened her eyes quickly and I asked her eagerly: “So, you got the Eyeball Spirit?”

“YES!” she yelled-repeatedly, but obviously wanted up so that she didn’t have to be poked in the eyelids anymore. It was so funny and pointless (well-sort of), but I wanted to see if she would follow through with it. She did. So I was satisfied. Afterwards, I settled for entertaining her by pulling out my little silver dance/character shoes to teach her Modern and Tap dance, she seemed to follow through with that a little better.

I never knew if she was really possessed by the “Eyeball Spirit,” but I did learn that it was so easy to get people to do things and react in ways like a lot of what I had been observing, reading and experiencing in my own life at the time. It all had meaning to me at that point. Everything for me was about observation and experience. This “silent power,” spells, and magic fascination that I had was something I understood to be a thing that people could have over one another if they allowed these things to happen. I concluded that everybody had their own “silent power,” the only difference was whether you used this “power” for good or for bad, but either way, people would participate or cooperate (at least for a little while).

I put my magic wand down and continued to read up on my other interest: astrology. That was my “secret.” I never openly expressed my interest in it anybody because it seemed to go over too many kids [my age] heads. I had one friend who I met in fourth grade. Around our seventh grade year, we both discovered that we had this same interest and that she too, was “Cancer” like me. She was introduced to astrology by her mom-and throughout the years; astrology was something that we all had in common (she, her mom and me). So in some kind of way,

I felt like she was at a level of magical understanding with me that nobody but she and I knew about, as she too, felt like people would think that she too, was weird if she were to be talking about a subject like astrology at nine years old. We were like “blood sisters” in kindred spirits.

Over the years, the more I studied astrology, it was giving me the same basics warm-over; mostly adjectives about personality characteristics per sign and the way both signs interacted and related to one another (male-male/ female-female/male-female). I was very well-briefed on that aspect of astrology, yet, I kept reading that astrology’s meaning and purpose was supposed to be about how astrology “worked” in our lives. I wasn’t finding the “how it works” (in our lives), so I was a bit discouraged after some time from reading countless astrology books and not getting that answered for me. No matter how fun, or interesting, or true the adjectives they listed were (for each sign); I was still searching for that “how,” but still remained open to the study of it. I had studied it for so long that I knew it meant something valuable and useful, but I was looking to find that magic book to tell me how so-not even knowing that I had it in me to be the author of that book, so the search continued…

During the search and in conversations with people about astrology, I wanted to know what other people knew about it, and if, like me; it seemed like after the list of personality characteristics, all there was to know about it stopped there. I did come to the conclusion that indeed was so, in spite of my study of Linda Goodman’s detailed explanation of astrology in one of her books. It was during my study of Linda Goodman where I first learned about “aspects and vibrations” in astrology. Aspects and vibrations are patterns of “awareness” in astrology where the planetary positions of distance in the constellation bring about harmony or disharmony.

(Take quick peek at the Table of Contents’ “Chapter 13” where I have patterns of 1-1, 2-12, 3-11, 4-10, 5-9, 6-8, and 7-7 listed). In short/Layman’s terms, aspects and patterns in the constellation can be explained like we (here on earth). There are things that separate us: geography, race, color, religion, nationality, etc. Sometimes, these “degrees of separation” apart can make us “ignorant” to that which is not “like” us. And As a result, how we relate to one another can be harmonious or disharmonious. In the heavens, planets and constellations are “degrees apart” like that (just the same).Well, during my study of astrology, that was very interesting to me (considering the fact that for years during my study of it, I was so overwhelmed with each signs’ personality characteristics as the only lesson). Yet and still, this interesting little tidbit still did not provide me with enough information to make sense of that “how” factor that I was still in search of. “How does it apply to me though?” I kept asking myself. (I couldn’t find the answer-yet).

I did not give up on astrology and continued to study it-in secret. I’ve always considered it when dealing with people, but in conjunction with how people were-as “people” (outside of their astrological sign) as well. I didn’t just form an opinion of a person born under the sun sign Sagittarius based upon the fact that he/she was Sagittarius-because I knew there was more to it. Reason being, I’d met several Sagittarius’ who may have been alike (but only to some/a very small degree), yet, I could not explain why or “how” (just yet). I was still in search of that book to give me the answer…