Cincinnati is well-known for its March Madness “crosstown shoot-out” between hometown colleges: Xavier and UC, but March madness (last night) was something altogether different. 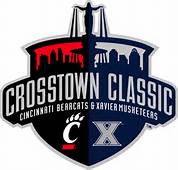 A rap concert just across town at Club OTR Live featuring hip hop artists 8 Ball and MJG (of one of my favs-Tela ) went on without incident.

Meanwhile at club Cameo, unfortunately, that was hardly the case.

For party people and musicologists who woke up to the words “Cameo” (nightclub), the jovial, feel-good hit “We’re Going Out Tonight” by [the R&B funk group] “Cameo” would ring first

But early this morning at “Cameo” [the night club], ‘going out’ (last night) turned out to be a fatal tragedy for one 27 year old man named O’Bryan Spikes.

Sixteen others were wounded (one critically).

Tragically, going out last night was less than the feel-good time anyone [has the right to have] and make it back home in one piece, without incident.

The suspected (lone) gunman allegedly opened fire and is still at large.

While details are still sketchy, thus far, it is notated that while this tragedy sounds like a page straight out of the Pulse Miami nightclub shooting, officials are reporting that it doesn’t appear terrorist motivated but instead, a tragic end to a situation that had gotten out of hand, perhaps.

At a press conference this morning, Capt. Williams stated, “I don’t want to make speculations on what happened, but just keep an eye on your young people. I don’t know if this had to do with an argument or neighborhood issues or what. Just, I’m asking parents- know what your young people are doing.”

For more on this story, tap in to our friends at abcnews.com and several outlets at out sister site-ToriSpilling.com?)

For LIVE updates on the details as they come in, tap in to our friends at Cincinnati’s WCPO News and here as well .